Week 17 was our trip to Vegas for my sister’s wedding and the first baby movement!

(This is a look back on week 17.  I’m currently almost 21 weeks, but want to get these all posted in order.)

Maternity Clothes: Just starting to need the pants.  Like NEED.  A pair that I wore last Friday no longer zipped all the way the next Wednesday.  Luckily my SIL gave me a bunch of maternity clothes that will tide me over until I buy some new ones.  She’s a little smaller than me, but quite a few things work.  I have an order coming from Old Navy and Kohl’s too.  I wore my only pair of jeans that fit comfortably on the plane on Vegas, but I had to have them unbuttoned and wear a belly band in order to sit that long in them.  I wore compression socks on the flights, so I needed long pants.  On our flight back, I skipped the jeans and was comfy with yoga pants.  I packed some maternity capris, shorts, and shirts for the trip because I knew I’d be more comfortable.  I don’t regret that for sure!

Sleep: Pretty normal and don’t need naps – not even on the flights.  Love the Snoogle.  I usually have to turn over at least once a night, but that’s normal for me and usually because I’ll wake up and my ear hurts from laying on it.  Half of the week was spent sleeping in Vegas and it wasn’t bad at all, though our room was only one floor up (with only a half wall) from a back section of the casino, so when I did wake up, I could hear a little casino noise and music.  It didn’t keep us up, so we didn’t worry about it.  I don’t really have trouble adjusting to local time when I travel, so my sleep schedule was immediately on Vegas time, including being up until 2 a.m. our first night (5 a.m. east coast time).  We didn’t get in until 9 p.m. and went to a show with two sisters and friends, and then met up with Summer and her fiance – and time just got away from us.  I was a little tired the day after we got home, but we didn’t get to bed until 12:30 or so, and had to work the next morning.

Symptoms:  Headaches here and there.  And yes, I drink enough water.  My nails are finally growing longer and harder.

Workouts:  This week just yoga, though I felt really strong in it.  Monday I had a headache, Wednesday I had lunch with a friend, and then we left for Vegas!

Good moments of the week?
Told a friend/ex-co-worker that we are expecting.
Told the last of friends in person who needed to know before it showed up on FB or the blog (I don’t think they read, but you never know).
Not having to try to suck it in (which is almost impossible now) since co-workers know.  It’s weird because before if I noticed my belly protruding (when totally relaxed and not holding my core tight), I would automatically pull it in.  Now I don’t bother because it doesn’t go anywhere, but it feels so weird to willingly let my belly push out.
The trip was a lot of fun (even without drinking, lol).  It was great to spend a lot of time with family and watch our sister get married!  We took this picture in the photobooth of the baby.  It’s hard to see the props at my belly, but it was worth a try!

Movement: I felt something bubble on the flight to Vegas and told Lo that something may have happened in there – or that it was a gas bubble.  It happened a few random times over the next few days, so I decided that it was definitely movement!

Food cravings: I wanted fro-yo in our hotel, but that was mostly because we had to walk past it every time we went to our room.  Oh..and the frosting shots…we were walking through the Monte Carlo and I remembered there was a really good cupcake shop that sold frosting shots (since I can’t have cupcakes), and I decided I needed that.  The guy working said they didn’t have any prepared, and I exaggerated and said that I came all the way to Vegas because I was pregnant and wanted frosting shots from there.  I suspect he didn’t believe me, but he said he could make some up for me.  I got a blueberry and a mocha one, and Lo had a cupcake.  They were so good.

Food aversions: Nope.  I suspect I’ll be pretty good now.  I don’t want chorizo, but that’s not a super common ingredient, so it’s not an issue.

What I miss:  I miss being able to play volleyball and do binds and headstands in yoga.

What I’m looking forward to: Our 2nd trimester scan on the 15th.  We may find out the gender at that point.  I’m also looking forward to showing more.  Right now I just look like I have a chubby belly.  My stomach has always been a little flabbier above my belly button (instead of below) and now it’s pooched below my belly button too, so it’s quite a vision.  I kind of have two stomachs now.  I just avoid wearing things that would be tight on my stomach for now.

Milestones: Definite need for most maternity pants.  Baby’s first trip to Vegas (definitely won’t be the last, since my sister lives there). 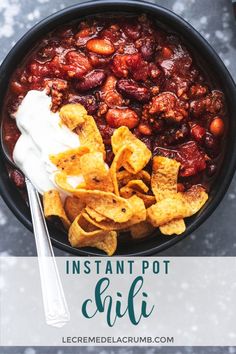