(This was last week…I’m behind…again).

We had a really busy week and weekend, which included an all-day trip to Ikea, visit with friends, and then walking around the Zoo all day on Sunday with those friends.  I ended up having some spotting on Sunday night and Monday morning, so I called the Dr. like I’m supposed to – hoping she’d say to wait until my ultrasound appointment on Friday, unless it didn’t stop.  But instead, they wanted me to come in right away of course.  I may have forgotten to mention earlier, but at my second trimester, I had partial placenta previa, which isn’t a huge concern at this point because it usually resolves itself as the uterus grows.  But because I had that, they are being more cautious and I was put on light duty – no workouts, no carrying things, etc., until my ultrasound on Friday.  The appointment was inconvenient because we were downtown, had to go up to Dublin for the appointment, and then back downtown for our friends’ baby’s final adoption hearing.  But we made it and had a great dinner with their family after the hearing.

Maternity Clothes: I’m in mostly all maternity pants and a mix of regular/maternity shirts.  It’s still not super obvious that I’m pregnant because most of my shirts flow well enough over my belly.  I was SUPER angry on Friday because my boss decided that capris are no longer acceptable in our office as business professional, no matter what.  These rules don’t apply to any office other than ours and the 12 people in the office, which totally sucks – especially since 1/2 of my maternity pants given to me by my SIL are capris and I just went through and paired up the shirts that look good with each pair.  I emailed my supervisor and was complaining to him because it’s just not right – I agree that some capris aren’t professional, but she should have said if people are wearing them professionally, she will then say that they aren’t acceptable anymore.  My supervisor was sympathetic to it and offered to speak with her, etc., but we both knew it wouldn’t make any difference so I told him not to bother.  She did ask him if anyone complained about the rule and he told her about my problem with it – that they could be worn professionally – and while she agreed with that, she didn’t want to have to monitor on a case-by-case basis and have to send people home if they didn’t comply.  So basically, I have to go buy more maternity pants.  I’m still pissed…but sadly I can’t be surprised by something like this.  I wear the same shirts and shoes with my long pants as my short pants (as she called them), so I can’t understand the difference.

Sleep: Still loving my Snoogle.  I’m sleeping well enough.  I wish I could say the same about Boof, but every since she ate a cake, she wakes up before the alarm and is a bit of a pain in the morning.  She bugs Lo more than me, so he definitely takes the brunt of it since he deals with her in the morning.

Symptoms:  Other than the spotting, I’m been pretty symptom free.  I get pains when I’m walking sometimes – I think it’s round ligament pain now that my stomach is starting to stretch.  The second trimester is definitely the good one.

Workouts:  It was a pretty light workout week.  I did cardio/weights, yoga, and a 100 leg workout before I was put on light duty.

Good moments of the week:  We had dinner with Lo’s mom and dad during the week, with our neighbors and my friend on Friday, finally went to Ikea on Saturday to get a bunch of stuff that we’ve been meaning to get, dinner with our friends from out of town on Saturday night, and then to the Zoo with them on Sunday.  I was exhausted after the Zoo!  On Monday was Braxton’s final adoption hearing and we were honored to be there with their family.

Food cravings:  Nothing specific.  I’ve been eating more candy than I should for sure.

What I’m looking forward to:  The next ultrasound on Friday (to check placenta and cervical length).  Going home over Father’s Day weekend to see my family. 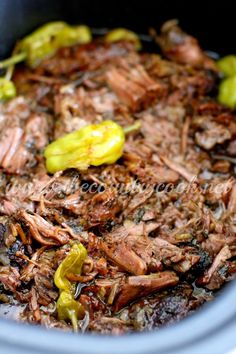