Six months was the magic age for Marlowe.  Things got much better as the month went by on all sides and she’s finally much happier!  She started out the month nursing constantly….like around the clock every 1.5-2 hours.  It was exhausting.  One day she woke up and was so obviously heavier.  It was crazy.  She went through a major growth spurt I guess – and it lasted a good two weeks.  Finally towards the end of June she slept for 6 hours one night before waking.  It was miraculous.  But unfortunately, it was a fluke for now.

We were going to go on a little vacation in June to Michigan for my niece’s grad party and to go to a beach up there, but with Marlowe sleeping so poorly and still being fussy and shy with people, we decided to wait until later in the year.  Plus it hadn’t really warmed up yet, so the water would be way too cold to enjoy.  We are hoping to go in September.  We settled for a short trip with my SIL’s family to Idlewild Park in Pa. because they have a Daniel Tiger themed area.  We stayed in a hotel near the park the night before and spent several hours at the park the next day.  Marlowe did great in the stroller most of the day even though there was nothing for her to enjoy.  We went to my parents after we left the park and had a Father’s Day bbq with them when we got back.

She remembered how to roll again mid-month so she can reach toys that she wants to play with.  She rarely stays on her back when we lay her down to play now – she prefers to flip right over.  She was much more content laying and playing be herself, or in her exersaucer.  It’s nice to get a break from holding her without her fussing.  On the flip side, she grabs at EVERYTHING constantly.  Especially food!  She wants to eat so bad!  I’m stubborn like that though, and waited until she was actually 6 months.

We had a super busy month with playdates, stroller walks with friends, visiting family, and having my nieces and nephews visit us, and Marlowe went with the flow really well.  She definitely starts to react to the camera now and give big smiles.

Clothing size:  She’s now wearing 6 and 9 month mostly; 6 months are getting short on her.  She wears a lot of rompers and onesies this summer.  Dresses are so cute, but not practical unless they have attached bottoms.

Hair: Her hair is almost laying down all over her head and it’s pretty long on the sides. It still sticks up just a bit at the crown.  She rubbed a lot of the back off before she was rolling over well, so it’s kind of just fuzzy in the back.  It’s strawberry blond in most lighting, and where is thicker is looks more red.

Teeth:  She’s starting to drool and chew on things even more, so it could be anytime.  The Dr. said she can see where they are, so it’s a matter of time.

Temperament:  We are finally in a happy place with Marlowe!  Things turned around with her and she’s MUCH happier.  She’s content most of the time as long as she can play with her feet or some toys.  Of course, when she’s mad, she’s MAD…but I suspect that’s going to be how she is.  She’s smiley and happy and sweet most of the time now and it’s the best.  She’s still clingy to me and Lo, but is getting much better at letting people hold her and talk to her.  She absolutely loved my nephew’s beard…she kept touching his face while he was holding her at his graduation party.  We were amazed because she’s probably only seen him one other time at Easter.

Sleeping: Sleep got even worse…she started waking nearly every two hours to nurse…and there’s really no putting her off.  She was still in the rock-n-play beside the bed at night.  We just couldn’t fathom trying to put her in the crib when she already sleeps so poorly.  But she’s getting too tall, and the time is coming.  As it turns out, when you only sleep for 2 hours at a time at night, you wake up feeling like you have a hangover that you didn’t even get to earn.  It’s a real struggle some days.  Once I’m up, I’m fine, but I count the hours until nap.  Luckily naps have regulated a little better.  Marlowe naps a 45(ish) minute nap in the swing in late morning if we are home.  I finally started to get her to be able to nap during Jenson’s nap, and they’ve gotten longer.  I typically have to lay with her so she stays asleep or can be put back to sleep, but I need the nap too.  This nap thankfully ranges from 1.5-2 hours usually.  She takes another nap sometime between 5-6:30, and then is usually ready to kind of start sleeping for the night around 830 pm.  Typically, she sleeps on the couch while we watch a show or two, wakes up to nurse, and then goes back to sleep until Lo takes her up to bed when he goes around 10 pm.  After that, she wants to nurse every two hours on a bad night, and 3-4 nights on a rare good night.  This too shall pass.

Eating:  All breastmilk until 6 months old.  We gave her some rice cereal on the day she turned 6 months.  She didn’t swallow a lot, but she seemed to like trying.  I also let her gnaw on a carrot, which she loved.

Nursing got better this month and she’s less picky about the sides.  She’s very interested in food and tries to grab anything we are eating.  If we put something in our mouth and start chewing, she dives at our mouths likes she’s trying to get it from us.

Movement: She’s much more mobile right now.  She started rolling again, though prefers to roll back to front than the reverse.  She’s on her belly a lot more now – perhaps now that the Zantac helps, her stomach isn’t always bothering her.  She can scoot around on her belly and turn completely around on the floor.  She loves chewing on toys, her hands, and feet.  She loves giving giant open mouth kisses, and getting kissed.  She’s pretty close to being able to sit up (started right after 6 months).

Milestones:
–Happy!
–First Father’s Day
–First time in the pool when we went with the Pallante’s – she loved it
–First hotel stay and amusement park (Idlewild Park for Daniel Tiger’s Neighborhood with the Taliaferro’s)
–Stayed with Nana at our house for the evening while we went to a concert

Favorite toys/activities:
–Playing in the exersaucer
–Being sung to
–Talking to us and being talked to
–Puppy love
–Baths
–Being carried
–The noise of the vacuum
–Playing with toys
–Squealing.  Loudly.
–Watching Jenson play.  She looks for him anytime she hears him and will smile and laugh at him regularly

Dislikes:
–Having to wait a minute once she decides she’s hungry or trying to get her to eat when she’s not hungry
–Sleeping.  She just doesn’t like doing it for more than 2 hours at a time.

Looking forward to:
–Visit with Lo’s family (last week)
–Visit from Aunt Summer and Max, and going to my parent’s (currently happening)
–Longer stretches of sleeping at night
–Her sitting up and being able to entertain herself better 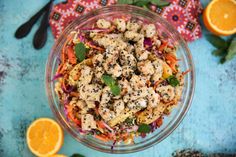